The Beauty of Attachment with a Dog

When I was 10 my twin brother Steve and I entered our dog into 4H dog obedience. We both went to the classes and worked with our little terrier puppy, and it was decided that since only one of us could actually compete, it would be him. Muffet ended up doing very well that first year and won Grand Champion in our county. I did get my picture in the paper with my two brothers, Muffet, and the trophies and ribbons that she won. 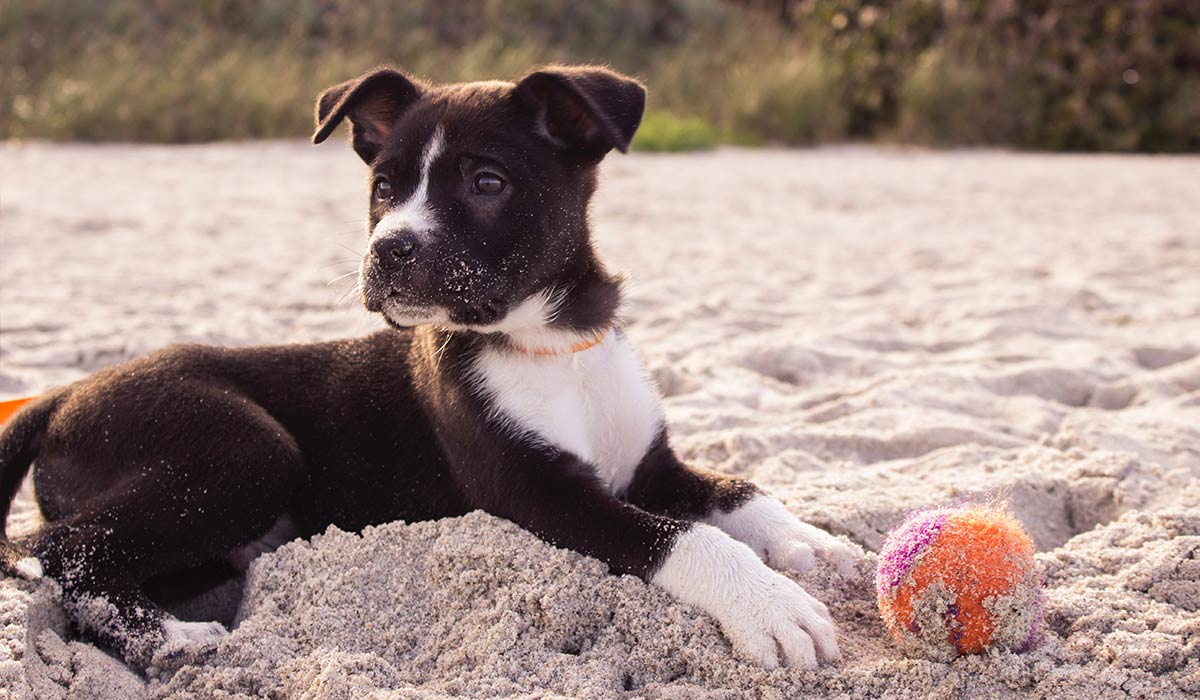 The following year, I learned that my aunt and uncle had a fox terrier puppy, Chips, that was unruly and getting into trouble. I was rather tenacious and somehow convinced my mom and dad to adopt Chips for a season while I trained and competed in the 4H fair. I was elated. Chips came to our home and lived in the garage with our other dog, Muffet. Before the obedience class began, I started his training.

Chips and I both lacked secure attachments with our mothers, and we immediately bonded in that shared camaraderie of orphans. Every day we played and trained for what I knew was going to be a colossal event for my 11-year-old heart. My brother Steve continued to train our dog Muffet, as he would be competing in year two. Our class began, and the training was going very well—more than that, my 11-year-old heart was feeling connected. Chips and I soon became a pair. I would sometimes think about the reality that he would be leaving at the end of the experience but pushed those thoughts away.

My 11-year-old heart was feeling connected. Chips and I soon became a pair.

A week before the 4H competition we had a mock trial. Chips won that hands down, and I took home my trophy of first place with the sight of the grand championship on the horizon. Up to that point, I had never wanted anything more. On the morning of the competition, I loaded up Chips into the car along with his treats, water, and leash. When we got to the County Fair we were informed by the judge that the rules for First Year competition had been changed: it was now required that we perform all of our tasks off-leash. After a protest by our instructor they made a provision that we could use a leash with an automatic point deduction, but I decided to save the point and go off-leash. Chips had done all of the items without a leash before, and he would need to now in order to be eligible for Grand Champion. I was the only one in our class that chose that path, but I so wanted to win.

Chip performed each event flawlessly. They gave you a piece of paper with the score at the end of each segment, so I was aware of just how I compared to my brother Steve’s score. Going into the last event, the long down/stay, I was ahead. For this final task, they lined up all the dogs next to each other and then we walked across the ring about 20 feet away. Three minutes—that’s all I needed until it looked like I would be the new Grand Champion. About two minutes in, the German Shepherd next to Chips started to squirm, and the boy next to me started to make nervous gestures to get his dog to stay down. Chips saw this boy and started to get scared, and he got up and ran to me before completing the task. I called him to come, knowing that our run for the championship was over. The tears immediately began to flow. For the remaining minute, which seemed like hours, I had to wait in the center of the ring while the time finished. Chips saw my grief and brought comfort to my 11-year-old heart with each lick of a tear.

As I think about the power of that moment, I realize that it truly was the first moment where I met and felt Jesus. I would not have been able to verbalize this then, but I now see that my attachment to Chips allowed me to experience a compassionate friend that, until that point, I had not known. It is truly the moment I look back on now and say that I was invited to imagine a Jesus who licks my tears and sees the pain that each tear holds. And as a 60-year-old man, Jesus continues to use our dogs, Scout and Pip, to remind me of his extreme delight in me and just how fond he is of playing together.

In the work of helping others heal from their trauma and shame, these creations of God remind us that there is power in attachment. Scout and Pip come with me to my office every day and interact with my clients and others in the waiting room. They have reminded me of two categories—delight and honor—that need to be part of our work with others.

Scout and Pip somehow make each person feel that they are special. Their tail wags and ferocious tongue licks say, “We are glad to see you.” Often the client forgets that I’m even there and says, walking past me, “Oh yes, hello to you.” We were created to be delighted in. Sometimes the best way to delight is a tail wag.

In addition to delight, Scout and Pip remind me that people were created for honor. More times than I can count, I have seen that when a client starts to grieve and lament, Scout gets up and hops up next to them to be close. I’m not sure why he does that, but I see their reactions. When someone is in deep pain, it is honoring to not leave them alone, to hear the whole story and be present in the grief.

I obviously will never wag a tail or lick a client, but I am challenged by these two humble creatures to remember the power in delight and honor. And, still, I have in me an 11-year-old who met Jesus because of a canine angel.